The name Molokhia by this name is due to two stories that occurred during the era of the Pharaohs, where there was an ancient plant and it was called “Khayyah” and the Egyptians believed it to be a poisonous plant. Eating them discovered that they are non-toxic and edible.

The second story is believed by some to be the origin of the word “Molokhia”, because the Egyptians present it to the kings. In this way, Molokhia took this name and became popular among the peoples to our time and became according to the President on everyone’s tables. The methods for cooking it varied from one country to another. In this article we will talk about the methods of cooking Mallow in some Arab countries. 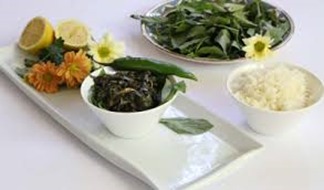 A quarter of a kilo of Mallow leaf.
A small cup of frying oil.
black pepper.
Salt, to taste.
Three tablespoons of coriander.
A glass of water.
Garlic, on request.
A kilo of chicken breast or thigh.

How to prepare
After we know what are the main ingredients of molokhia to get to know how to prepare it: we start washing the molokhia paper in water for 5 minutes, until the dry paper becomes tender then we filter it by putting it in the filter and washing it well and we fry half the amount of molokhia in a large pot and fry it with vegetable oil, then we put The remaining half of the mallow and transferred with oil also. After frying we add garlic, black pepper, salt and coriander, put a quarter cup of water and leave on low heat for 45 minutes. As time goes on, we boil the chicken thighs or chest as desired in another bowl until it is leveled. We cut the chicken into small pieces and put it on the mallow. After five minutes, we put the bowl off the heat and pour molokhia into a bowl and put it on the table next to a plate of rice, and some of them prefer lemon squeezing it. 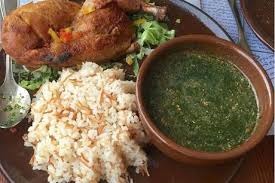 Benefits of vegetable oil for the body and general health

Bring a bowl, then put garlic, coriander, olive oil, and half a teaspoon of salt, mash the ingredients together, add half of the mixture in a skillet and fry it until golden and pour two cups of chicken broth, then add the frozen molokhia and mix the mallow and mixture until it melts for 15 minutes, you can add salt and pepper Black as desired, then mix the lemon juice with the mixture. We prepare a skillet to melt the ghee and put the remaining garlic, transfer the mixture until golden. Then it was served in a dish, and garlic on top, and next to it a plate of peppered rice. 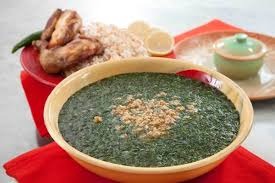 Kilo molokhia with her veins and must be explored
Hen
One large tomato
Half a kilo rice
Salt with assorted spices, black pepper and cinnamon
A small amount of coriander and garlic

First we start boiling chicken and put it in a bowl, preferably a pressure bowl and put onions, spices, cinnamon and black pepper for 10 minutes over the fire, then we filter the broth from the chicken and transfer the chicken or put it in the oven to acquire the red color. We excavate the molokhia, wash it, dry it, chop it, put it on the fire, add the broth that was extracted from the chicken and allow it for the molokhia and salt according to our desire, squeeze a large tomato pill and add it to the mallow and we keep the lid open in order to remain green and grind a little garlic and a little oil and dried coriander and add it to the cooked molokhia and serve it With a plate and next to it a plate of rice and wellness.

At the end of the article, we learned how to prepare molokhia in different ways, but it is necessary to know the importance of our selection of a good product with delicious taste and quality as you find in the market multiple types and packed in bags so that our choice of quality is the most important during the purchase as the Molokhia product, O Mal Al Sham, was distinguished by its cleanliness and delicious taste There is a lot of demand for that, so you should choose a good Molokhia and green leaves. Molokhia, O Levant for all the family.